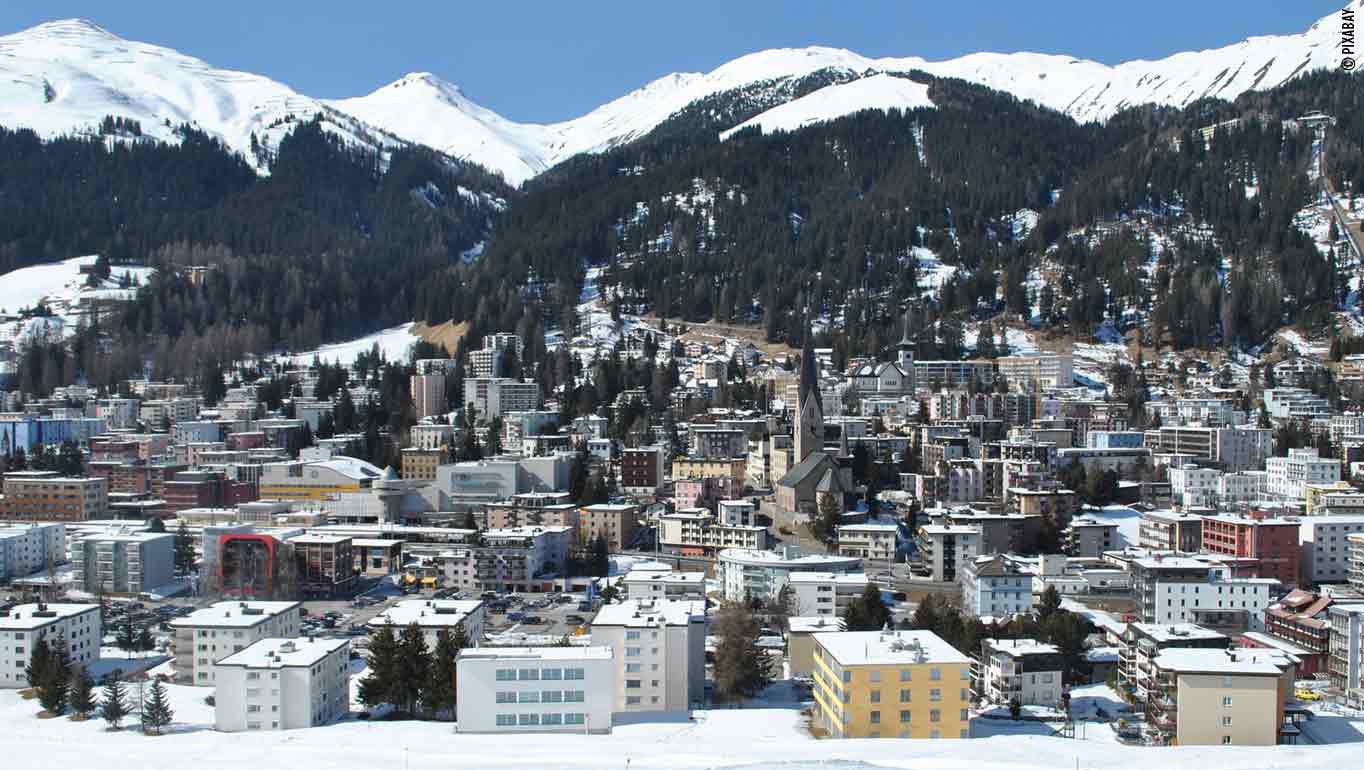 Are the days of Davos man and woman really over?
The World Economic Forum’s Davos: plutocrats’ playground or a new global governance?
By Michael Stopford*
1 Feb 2022

The World Economic Forum (WEF), whose annual meeting was supposed to have taken place in person last month, purports to be devoted to “improving the state of the world”. It has become an increasingly prominent feature of the global elite’s landscape since 1971, when Klaus Schwab, then a business professor at the University of Geneva, launched it as the European Management Forum – renaming it as WEF in 1987.

The ubiquitous WEF image gave us “Davos Man”, to which “Davos Woman” was later added, as a symbol of globalism: a self-selecting, self-perpetuating caste of international ultra-rich, bankers, captains of industry, politicians and celebrities — leavened in part by leading members of civil society and dutifully reported on by the global media. A group which U2’s Bono dubbed “fat cats in the snow,” and Greta Thunberg fairly mocked in 2019, noting “here in Davos – just like everywhere else — everyone is talking about money. It seems money and growth are our only main concerns.” Meanwhile, it was estimated that at an event dedicated to ‘sustainability’ in 2020, participants flew to the WEF via 1,300 private jets.

The WEF is undoubtedly, as the Süddeutsche Zeitung noted, a “money printing machine”. Its finances seem opaque, reporting a 2020 revenue of $367 million, with astounding corporate membership fees — in 2014 to be a “Strategic Partner” cost $628,000 — and handsome salaries for the top staff, with the foundation’s founder drawing a salary of around one million Swiss francs per year. Small wonder that the more activist NGOs take sharp aim at Davos, even creating a Public Eye on Davos “anti-award” for the corporations deemed egregious offenders of social responsibility. I confess that, as the head of Public Affairs for the agribusiness Syngenta some years back, they presented me with this award for corporate environmental offences.

The glamour of Davos unfortunately obscures a more serious question: what should the future of global governance be? Here Davos takes a clearcut position: Klaus Schwab and his team advocate a “Global Redesign” and a “Global Reset” where a globalised world is best managed by a coalition of multinational corporations, governments and civil society organizations, urging (as do many others) a “stakeholder” capitalism. As for the UN, the avowed incarnation of the international community, the WEF has suggested the creation of a “public-private” UN in which selected agencies steer global agendas under shared governance systems.

Here the lines are sharply drawn. For a social critic such as Naomi Klein, these ideas are merely an attempt by the rich to make themselves look good, whereas for others they are totally undemocratic. If you start from the premise that the global system is now dysfunctional, that populist politics wash across the globe with stultifying effect, that fake news is omnipresent, and that democratic governments seem paralyzed by challenges beyond their control, then a different governance approach by governments alone seems imperative. Klaus Schwab was ahead of his time in pointing to public-private partnerships as an essential component of solutions to global problems — a recognition that the UN System even today is slow to acknowledge in practice, despite the formal commitments of initiatives like the UN Global Compact. Indeed, the impetus for multi-stakeholder partnerships urged by Davos – effective or not — might be less crucial if the UN System were less stymied by its governmental structure and more genuinely open to collaboration with private and civil society sectors.

The overwhelming challenges before us demand non-traditional resolution. Climate change and the COVID nightmare are obvious trials for governments worldwide: how then can we forge innovative models to meet them? Davos is often seen as self-congratulatory, but it was there that the multi-stakeholder GAVI vaccine alliance was launched. Now ably chaired by former EU Commission President Jose Barroso, GAVI supports immunization programmes and vaccination campaigns in developing countries. A partnership of vaccine manufacturers, governments, donor agencies, philanthropists and researchers, it presents a replicable model for multi-stakeholder global action.

The WEF’s Davos is fortunately not alone in promoting such dialogue, for several years the Clinton Global Initiative brought together the corporate and civil society worlds under its mission of turning ideas into action. Attending as a former Coca-Cola staffer, I was impressed that the “ticket to entry” was launching a substantial partnership with a civil society actor. Also across the Atlantic, the Aspen Institute has long espoused “driving change through dialogue, leadership, and action to help solve the greatest challenges of our time.”

WEF “graduates” have also created alternatives which may offer similar stimuli for innovative intersectoral action, without the commercial veneer of Davos dealmaking. One example has been the Horasis conferences; another the Summit of Minds, rather inspiringly termed Great People, Great Content and Great Outdoors with participants “sourced from public life, politics, business, academia, and civil society.”

A Summit of Minds-Armenia gathering was held last fall with Armenian President Sarkissian personally hosting many of the sessions on “new dynamics for a quantum world,” cross-pollinating ideas amongst disciplines from arts and humanities to social and natural sciences: and indeed universities should have a critical role in this enterprise. Perhaps we should not begrudge Davos-like engagements, if they produce initiatives which can break some of the current political impasse and transform global society. It is hard to conceive of breakthroughs towards greater global equity being pursued by the privileged 1% or .001%, and greenwashing will be pervasive amongst corporate participants. To quote E. M. Forster “only connect — the prose and the passion, and both will be exalted.” Connections, unexpected and unusual, may give us answers to our global society’s ever more urgent challenges.