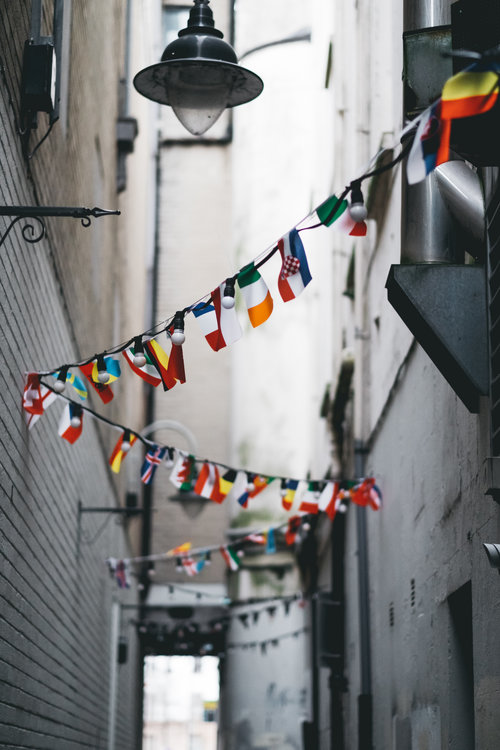 Another UN International Day?
“Ignorance and prejudice are the handmaidens of propaganda. Our mission, therefore, is to confront ignorance with knowledge, bigotry with tolerance, and isolation with the outstretched hand of generosity. Racism can, will, and must be defeated.” ― Kofi Annan, Former UN Secretary General (1997-2006) Background In recent times, we hear a lot about xenophobia, Islamophobia, anti-Semitism; […]
By Niraj Dawadi and Nicole Lewis-Lettington*
9 Apr 2020

“Ignorance and prejudice are the handmaidens of propaganda. Our mission, therefore, is to confront ignorance with knowledge, bigotry with tolerance, and isolation with the outstretched hand of generosity. Racism can, will, and must be defeated.”

In recent times, we hear a lot about xenophobia, Islamophobia, anti-Semitism; discriminatory and xenophobic attacks against migrants and refugees; propagation of racism and xenophobic attacks through cyberspace; racism in sports; and incitement to racial, ethnic and religious hatred, which put various racial, ethnic and religious groups at risk. People of Asian origin, in particular Chinese people, have been subjected to racism and negative racial stereotypes amidst the latest Coronavirus outbreak. The pervasiveness of racial bias together with gender bias has also made its way into in the development of artificial intelligence, adding to concerns. At the workplace, while policies may be neutral and prohibit discriminatory and racist acts, discrimination may be more implicit, in the forms of, for example, micro-aggressions, perpetuation of negative racial stereotypes, or implicit biases in administrative processes related to recruitment, promotion and retaining of the workforce. Collectively, raising awareness about racism promotes strengthening of inclusive communities as well as a diverse workforce, where differences are valued.

Why is 21 March so important?

Every year, the international community observes the International Day for the Elimination of Racial Discrimination, in remembrance of the 69 unarmed and peaceful protestors who were killed in Sharpeville, South Africa on 21 March 1960. The killings galvanized many people around the world to act to end the racist apartheid regime. In proclaiming the day in 1966, the United Nations General Assembly called on the international community to redouble its efforts to eliminate all forms of racial discrimination.

The international community has taken important steps to tackle racism, through the development of important human rights treaties with strong commitments to fight racism and discrimination. The International Convention on the Elimination of All Forms of Racial Discrimination (ICERD) which entered into force 4 January 1969, defines racial discrimination as “any distinction, exclusion, restriction or preference based on race, colour, descent, or national or ethnic origin which has the purpose or effect of nullifying or impairing the recognition, enjoyment or exercise, on an equal footing, of human rights and fundamental freedoms in the political, economic, social, cultural or any other field of public life.”

Despite these efforts, no country is free from racism. Structural racial discrimination against racial or ethnic minorities pervades all aspects of their lives. The Secretary General in his latest report to the General Assembly stated that “(A) groundswell of xenophobia, racism, intolerance and violent misogyny are being observed, as well as attacks against religious minorities. Hateful and destructive views that promote xenophobia, racism and intolerance are enabled and amplified exponentially by digital technology. There have been alarming instances of hate speech, including by political leaders. Some political leaders are bringing hate-fuelled ideas and language into the mainstream, normalizing them, coarsening the public discourse and weakening the social fabric.” The report also states that racial discrimination, racism and intolerance are serious human rights violations and are often the root causes of the most egregious abuses.

A number of initiatives have been undertaken and are ongoing at the United Nations. For example, the General Assembly has proclaimed the International Decade for People of African Descent (2015-2024), with the theme “People of African descent: recognition, justice and development”. In 2017, the Ad Hoc Committee of the Human Rights Council on the Elaboration of Complementary Standards has been mandated by the UN General Assembly and the UN Human Rights Council to commence “the negotiations on the draft additional protocol to the Convention criminalizing acts of a racist and xenophobic nature.” In June 2019, the Secretary General launched the United Nations Strategy and Plan of Action on Hate Speech, with the objective to enhance and coordinate United Nations efforts to address root causes and drivers of hate speech, and to enable effective United Nations responses to the impact of hate speech on societies.

As the global population becomes increasingly urbanized, the role of cities and local governments in tackling racial discrimination becomes vital. UNESCO for example, has been celebrating the International Day by organizing in cooperation with the member cities of the International Coalition of Inclusive and Sustainable Cities. Educational institutions, including schools, colleges, universities, museums as well as cultural and sports venues have an important role to play in combating everyday racism.

Although we have commemorated more than 50 International Days for the Elimination of Racial Discrimination, the struggle to combat racism, racial discrimination and xenophobia is still as vital as ever. Next year, the international community commemorates the 20th anniversary of the first World Conference against Racism, and Member States should come together under the motto “United against Racism” in this continuous struggle.

As we observe the International Day for the Elimination of Racial Discrimination, addressing racism at the individual level means calling it out and speaking up against it. One of the greatest leaders of our times Nelson Mandela said, “No one is born hating another person because of the colour of his skin, or his background, or his religion. People must learn to hate, and if they can learn to hate, they can be taught to love, for love comes more naturally to the human heart than its opposite.” As individuals, every one of us can stand up against racial prejudice and intolerant attitudes, be it at the workplace or in our communities. And that would make the commemoration of this year’s International Day for the Elimination of Racial Discrimination more meaningful.

Be a human rights champion, #fightracism and #Standup4humanrights

* Niraj Dawadi is a Human Rights Officer at the Office of the High Commissioner for Human Rights (OHCHR). Nicole Lewis-Lettington is a Programme Coordinator Officer at UNCTAD.
Read more articles about GLOBAL AFFAIRS