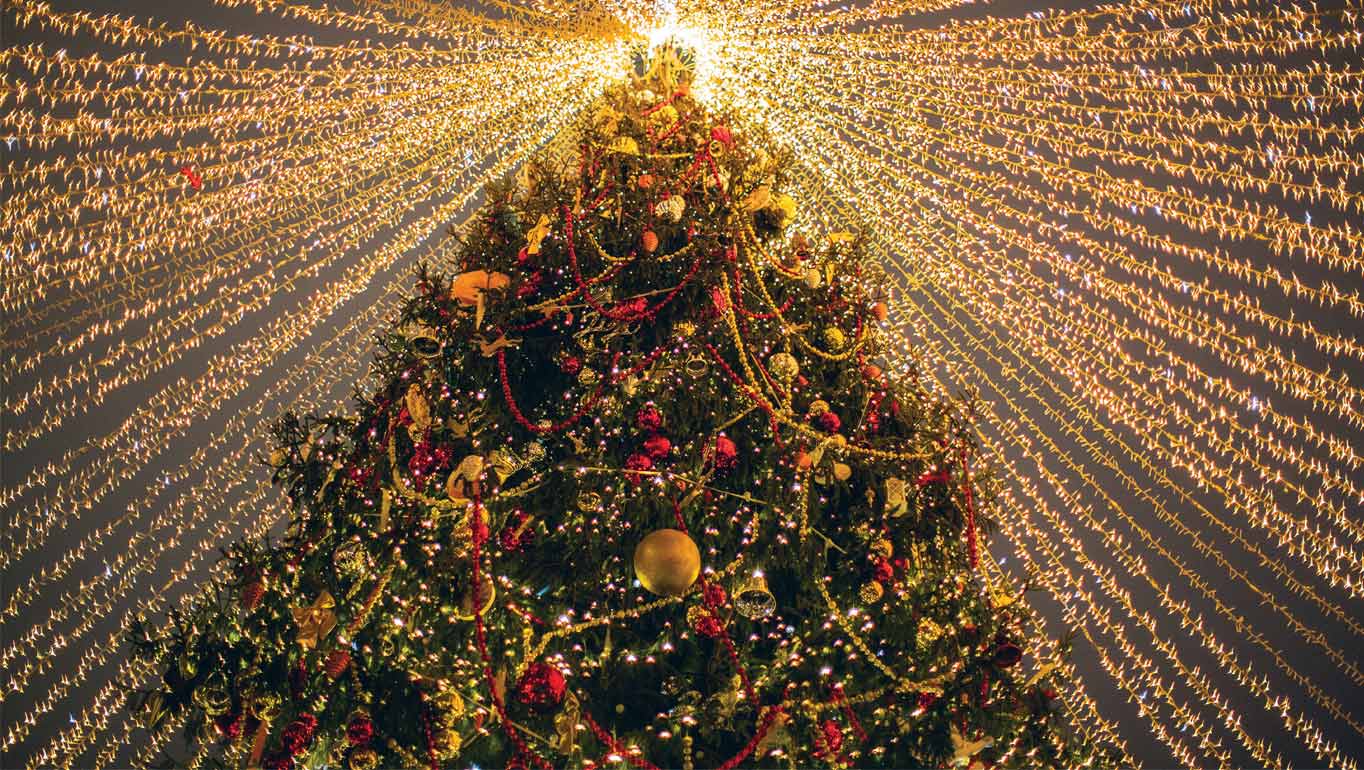 Times have been challenging lately to say the least. The adversities and challenges that we are facing on a global level are arguably unparalleled in history. They range from climate change, armed conflict and war, economic and supply chain disruptions, human rights violations, and threats to democracy as we know it, to a wave of mental health disorders due to COVID-19. Yet, the standard of living in most regions has never been higher. So how do we stay sane in an age of division and allow our civilization to flourish?

As a former physician researcher from Finland, I always look for answers in science. The Nurse’s Health Study that was established in 1976, and as one of the world’s largest longitudinal studies to date, has clearly demonstrated the importance of human connectedness to health and prosperity. This brings me to the tremendous importance of collective celebrations and gratefulness for peace and togetherness such as Christmas, Hannukah, Bodhi Day or Eid el-Fitr.

In Finland, we are thrilled to call our country the home of Santa Claus, who, also known as Father Christmas or Saint Nicholas, is a legendary character that brings connectedness and unity to the people. In Finland he is called “Joulu Pukki,” a term that most people have never heard of. Arguably, he was controversial in the past, only bringing gifts to the children that are ‘nice,’ whereas the ‘naughty’ children were left without toys. However, nowadays he symbolizes hope, love, generosity and connectedness, which we all need to prosper.

Slowing down and finding peace

An active life is healthy, but there are times when one should embrace a slower pace or slow living, according to scientists from Harvard Medical School. Indeed, chronic stress can lead to chronic inflammation and subsequently to cardiovascular disease, cancers, and type 2 diabetes. Slowing down offers health benefits, such as lowering stress levels and blood pressure, and improving your social interactions and connectedness.

In Finland, Christmas offers a great opportunity to slow down. The ‘Declaration of Christmas Peace’ in Finland is a tradition which initiates the Christmas celebrations and marks the official start of Christmas. The tradition of reading the Declaration of Christmas Peace in Turku, which is the former capital of Finland, has continued almost uninterrupted for more than 700 years and was only omitted during the Russian invasion and occupation of Finland in 1712–1721, in 1917 when the militia was on strike, and in 1939 because of a fear of air raids. The declaration is read out loud at midday to remind people that Christmas peace has begun and to advise people to spend the festive period in harmony.

Our inner clock is delicately regulated by melatonin, a hormone which is strongly affected by light. Our wellbeing is completely dependent on this hormonal cycle. As the hours of sunshine decrease day by day in December in the northern hemisphere, the celebration of light becomes increasingly important for health and mental wellbeing. Therefore, right before Christmas, the Finns have a light celebration similar to Hindi Diwali. In Finland, we celebrate the Italian Saint Lucy or Lucia, who brings light into the darkness on 13 December, the day which was considered winter solstice until at least the mid-eighteenth century.

Nature is a Key Element of True Finnish Christmas

Nature is a key element of true Finnish Christmas. This also translates into the foods offered during the festivities. Due to the harsh climate with snow covered pine trees and ice, the food is mainly based on the conserved harvest that nature offered in late summer and early Autumn. Pickled herring, smoked salmon, beetroot salad, rice porridge and potato-based dishes are typical delicacies on the Christmas table. To stay healthy and cover the need of vitamins, carrots, rutabaga and apples are nutritional sources that can be counted on, as they preserve well in the cellar. Indeed, “one apple a day, keeps the doctor away.”

The favorite guest on christmas eve

Until the late 1900s, the church played a very important role in maintaining a population register in Finland. The vicars kept a church record of persons born, married and deceased in their parishes as of the 1660s, constituting one of the oldest population records in Europe. Nevertheless, Christmas Eve is one of the few days — or perhaps the only day — that modern Finns go to church. The Christmas mass often caters to children and allows them to perform carols or even small plays in church.

Yet, the favorite guest of Christmas Eve is no doubt Santa Claus himself. The legend of Santa Claus, based on the Christian bishop Saint Nicholas, dates back centuries. The modern depiction of Santa entering the house through the chimney began to take form in the early 1800s, based on Washington Irving’s book “Knickerbocker’s History of New York.” The concept that magical creatures enter homes through chimneys, however, actually comes from the fourteenth century, when there was a widespread belief that witches and other creatures could pass through solid objects to enter any residence.

Interestingly enough, the generally timid Finns have another understanding of hospitality and how to greet Santa Claus. In the home country of Father Christmas, he is greeted at the doorstep and let in through the front door. He is immediately whisked to the living room, where the children are eagerly awaiting him. There, they offer him mulled wine called “Glögi” along with savory gingerbread cookies. After some hearty conversation and togetherness, even the naughty children receive small Christmas presents directly from Santa Claus. Perhaps this special connectedness makes Finland the happiest country in the world? After all, in 2022 Finland was named the world’s happiest country for the fifth year in a row, according to the “World Happiness Report” by UNDP.