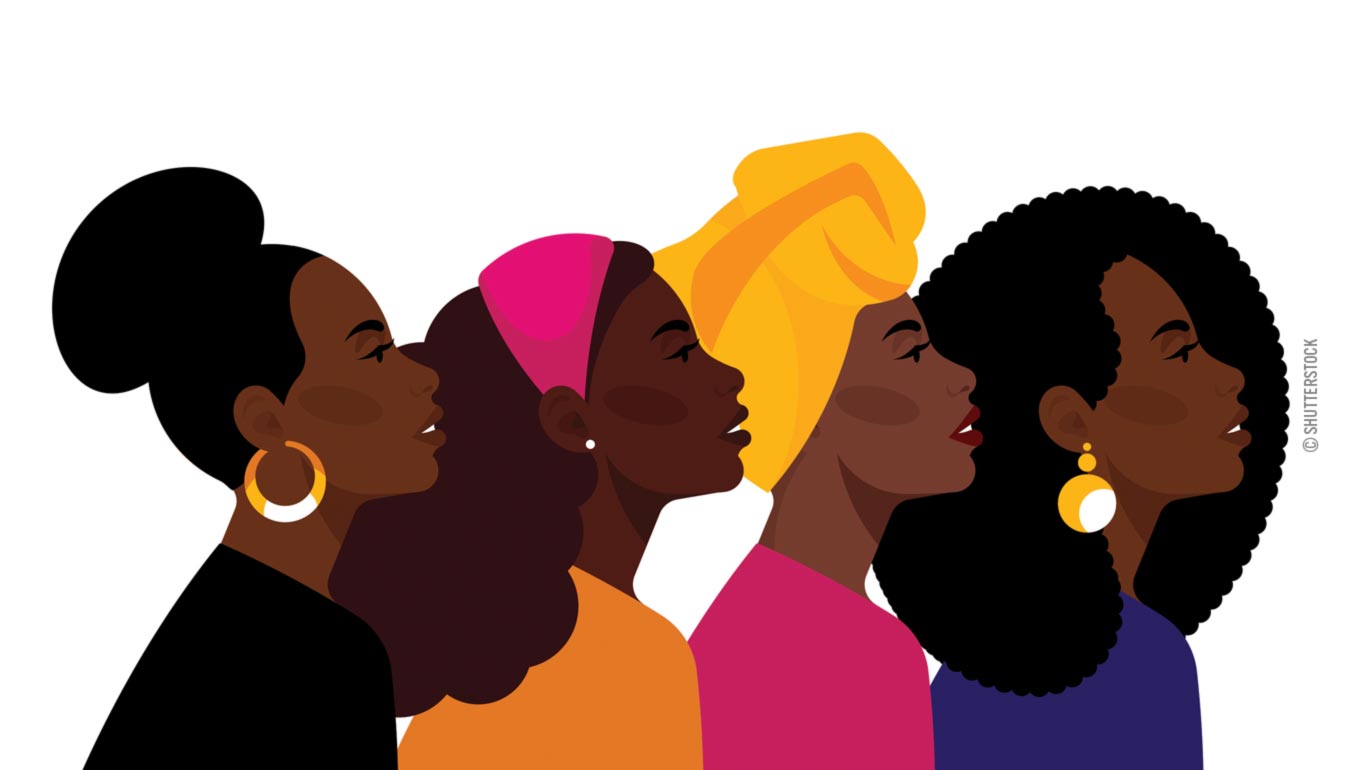 African-American women and sounds of equity in humanitarian space
In the humanitarian field, one of the best ways to address inequity is to first explore what it means to you and how it makes you sound
By Kara Whitman*
1 Apr 2022

I thought I had always understood inequity. After all, I am an African-American woman raised in the United States. Racial slurs were hurled at me as early as age five, both by white children and other African-Americans. Their unwanted comments about my hair, skin and body type followed me into adulthood, and I had to think hard about how to dress and speak in public because of the assumptions other people made. To some people, my natural textured hair, thick lips and attitude were blackness. To others, I looked biracial and, as it pertained to blackness, I never had enough.

I could scarcely enter a room without a misgiving or question about my race, as though I was a museum exhibit waiting to self-describe. Indeed, many of my experiences were mitigated by what other people thought blackness was and where they said black women belong. I thought I understood this. And then I went to Yemen.

I traveled to Yemen several times over a five-year period, conducting teacher training, developing and implementing sport-for-development projects and corresponding health, civic engagement and education initiatives. I also drafted reports and communications, led staff development activities, performance monitoring and evaluation measures. It was invigorating to be part of the humanitarian community. Yet, I couldn’t escape the uneasy questions about race.

When my reply didn’t change, they asked where my parents were from and exactly when I arrived in the United States. Everyone assumed if I was American, I was an immigrant and really came from Ethiopia, Somalia or Jamaica. In fact, when I walked along the street, children threw rocks and used the same racial epithets towards me, as they did for Somali women.

I didn’t want to prove how American I was. But in this region, I discovered race and nationality are prerequisites for conversation between most people meeting for the first time. For women, talking about family is the next requirement. Thus, I was always asked if I was married or had children, and how I managed to leave home and move to Yemen without them.

When the security environment worsened, I moved to Jordan and led a project for Iraqi refugees. However, the assumptions, questions, and even the rocks were the same. I shut down. I did not grow up asking people where they were from or posing personal questions to people I didn’t know well. I also had disdain for questions that were not posed to my white, male counterparts, because like other minorities in the United States, I was made to feel less American. Therefore, when I went to the Middle East, I was not deterred by the power outages, water shortage or high temperatures. Rather, frequent questions about my nationality – however unintentional – had become the most unpleasant part of the day.

I didn’t know who to talk to about this. I only met two other African-American humanitarians over a five-year period. There were no minority mentors or networks that I knew about, and each time I was treated differently because of my race or gender, I felt less connected both to the organization I worked for and the other expatriates I met. After the project ended, I left Jordan for the United States, yet I didn’t get the greeting or reception I wanted. In fact, nearly everyone I talked with was disgruntled that I went to the Middle East at all.

My work abroad had been low-paid and temporary. Therefore, being home again – poor and unemployed – was a major disappointment. To make matters worse, I was single. Indeed, women my age had bought homes and cars, married, and were raising children. They did not work in complex emergencies as I did. And, my friends made sure I knew how unsettling that was to them. Thus, I shut down – again.

I talked less often and years went by before I reconsidered racial and gender issues in my humanitarian experience. This experience I knew had been different, but I did not validate how different it was. For instance, I did not have the credibility or prestige afforded to dignitaries. I was not the child of a wealthy parent who could afford an unpaid internship or excursion abroad. Moreover, I was not a celebrity, missionary or archeologist. When they went abroad, people made sense of it. These groups of Americans were usually majority white or male and became what local people expected to see from expatriates. They also experienced majority white American humanitarians.

Therefore, my decision to be an international humanitarian – to bring contested blackness and unmarried womanhood to the Middle East – was an anomaly that had to be explained. Indeed, I realized expectations at home and in the workplace dissuade many African-American women from the international humanitarian community. Further, the low salary and temporary nature of humanitarian employment are more concerning to them, because the inequities they have experienced have been too severe to risk more instability and financial loss. Humanitarian careers have therefore been less accessible to them. I had understood inequity. However, I had shut down. As a consultant, I was positioned as an external member, separate from the diversity dialogue employees and senior leaders may have with each other. I wasn’t asked to contribute nor was I empowered to. Thus, I didn’t look for ways to increase access to the very career that I had held strong. I became quiet and withdrew, rather than insist on increased representation of racial minorities from the United States in international humanitarian roles. Moreover, I became defensive, rather than promote my position as an expert in humanitarian affairs. For sure, my programmatic achievements helped to increase diversity and equity for Yemenis and refugees.

However, I misrecognized a responsibility to make my presence relevant. And, when I understood my responsibility for diversity and equity – in my career and with my colleagues, friends and relatives – I had to give it sound. My voice is now the sound of equity in the international humanitarian community and I will not shut it down.

* Kara Whitman is a Communications Consultant with the United Nations Nations Volunteers.
Read more articles about INSIDE VIEW