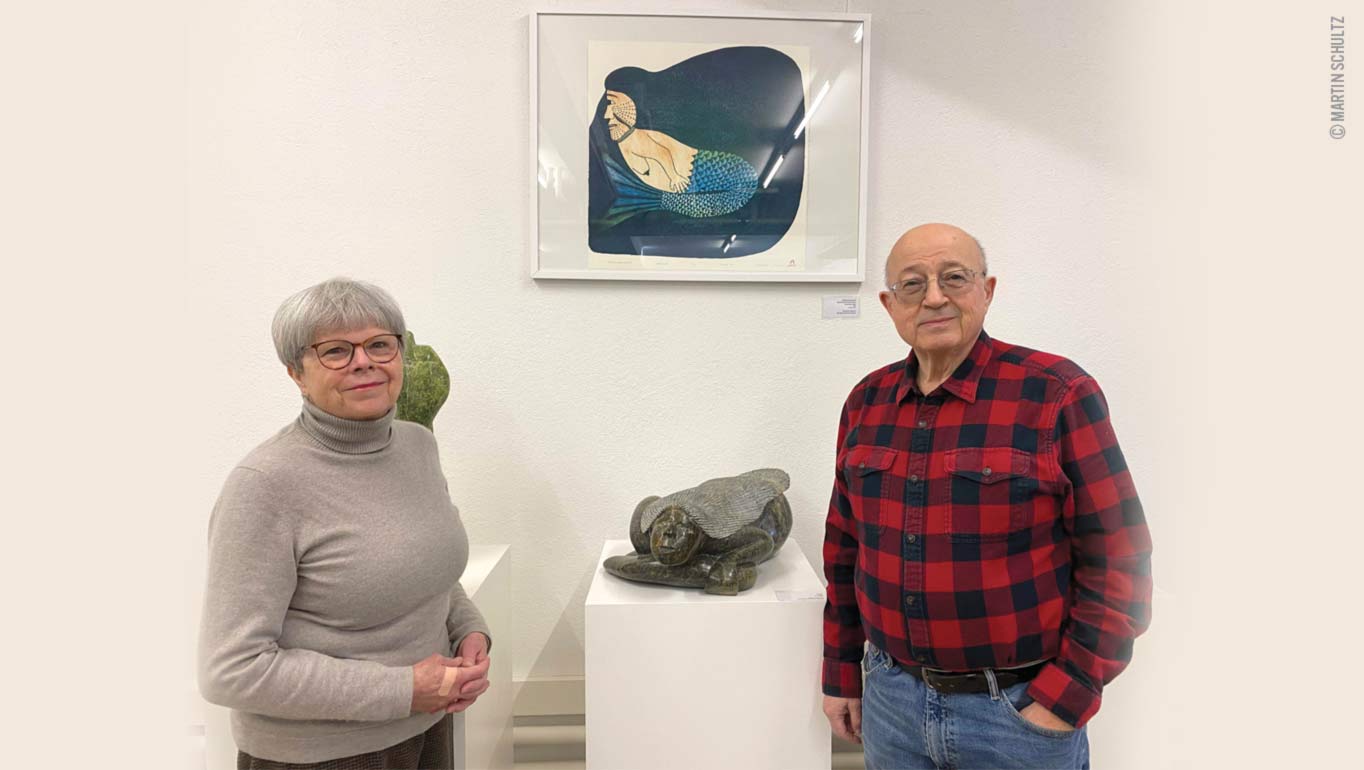 A visit to the Museum Cerny
Martha and Peter Cerny: an art collector and an art curator committed to passing the message of climate change through the inspiration of the indigenous peoples
By Julián Ginzo*
2 Mar 2022

She is from Canada, he from Switzerland. They live in Bern and have been collecting contemporary art from the inhabitants of the Arctic Circle for three decades now. The Museum Cerny: the cause. The constant global travel, sharing the interpretation, inspiration behind the pieces, the production process and the link to Climate Change: the consequence.

How would you define the beginning of this passion that led you today to have not only the museum, but also the collection of circumpolar indigenous art with more than 1,500 sculptures?

Admiration for peoples with a holistic understanding of our planet, living under such harsh conditions while at the same time having such rich cultures with transformations, metamorphosis and shamanism, also for their artistic talent and interpretations of their chosen themes.

Who are the main indigenous peoples from which the collection is inspired?

The art focusing on climate change, environmental pollution, biodiversity and social issues is mainly from the Inuit living in Canada. Works dealing with cultural identity by artists in other Arctic areas, such as Greenland, Alaska and Siberia are also found in the collection.

What is the link between the artistic expression of these indigenous people and the challenge of climate change we are facing today?

Earlier, the artwork made by Inuit artists in Canada dealt with themes such as traditional life, family, hunting, animals and spirits. In the past (more than) 10 years, we have recognized the artists addressing their challenges with their surroundings, both environmental and social, which have been brought to them by outsiders, jet streams and water currents. The collection has been constantly displayed around the world.

What exhibitions outside of Bern do you soon plan to show?

Yes, we have moved on from collecting to providing a platform at the museum for these talented artists from whom we have so much to learn. We are loaning pieces to the Musée cantonal d’archéologie et d’histoire in Lausanne for their upcoming exhibition. In December, we are planning an exhibition at the National Museum in Liechtenstein. Presently, we have pieces on loan to the Textile Museum of Canada in Toronto and Quamajuq at the Winnipeg Art Gallery in Winnipeg, Canada.