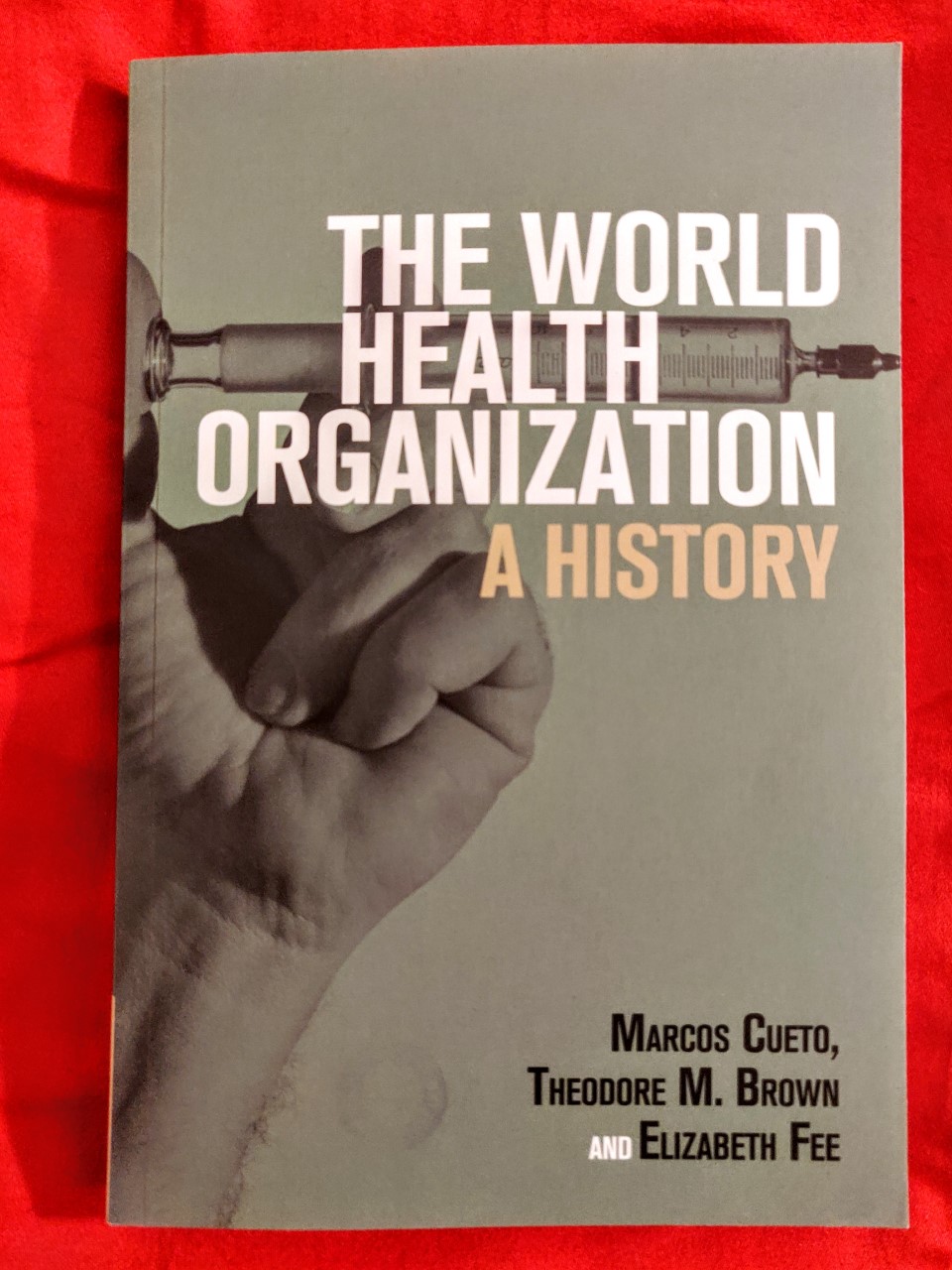 Leisure and culture
A Glimpse of a New Book on the World Health Organization, A History
By Marcos Cueto, Theodore M. Brown*
1 May 2020

The roots of the World Health Organization can be traced to the development during the nineteenth century of “international health”, which emerged primarily as a response to epidemic and pandemic threats perceived to be coming to Western Europe from “the East.”

According to its Constitution, the mission of the World Health Organisation (WHO) was nothing less than the “attainment by all peoples of the highest possible level of health” without distinction of race, religion, political belief, economic status, or social condition. But how consistently and how well the WHO pursued this mission since 1946?

The Book reevaluate the relative success and failure of critical WHO campaigns from early malaria and smallpox eradication programmes to struggles with Ebola outbreak.

The Making of an International Health Establishment

Thanks to new steamship and railroad technology, increased and rapid world commerce and travel allowed cholera, and later yellow fever and bubonic plague, to leave their traditional endemic sites in colonies and poor countries and reach the economically advanced nations of “the West.” Physicians, business leaders, and politicians converged on the need to protect their patients, economic enterprises, and territories from epidemic outbreaks by standardizing quarantine and other border health controls.

Beginning in the late nineteenth century, a series of international sanitary rules were subscribed to among governments and during the interwar period (1919-1939) a fledgling health agency of the League of Nations promoted the development of “international health.”.

However, the League of Nations Health Organization had limited power. It was only with the creation of the UN at the end of the Second World War that a more powerful health agency emerged. With headquarters in Geneva, the WHO was formally launched in 1948. During its early years, the new organization made an effort to establish its independence and to set its own agenda for international health despite inevitable political entanglements and budgetary constraints. The WHO attempted this by emphasizing its “technical” role as a clearinghouse for epidemiological information, an organizer of emergency relief in international health crises, and as a constructor of a network of medical experts around the globe.

Early on, the WHO made an effort to establish its independence and to set its own agenda for international health despite inevitable political entanglements and budgetary constraints.

By the turn of the 21st century the WHO had contributed to positive world medical trends such as significant advances in life expectancy, reductions in infant mortality, the control of malaria, the eradication of smallpox. and the spread of immunization campaigns. In addition, the WHO has helped to control neglected tropical diseases, limited the consumption of tobacco, supported the right to health of colonial and developing nations, and promoted links between human rights and health.

The coexistence of two socio-medical approaches

For all its achievements, the WHO has not been free of a major internal tension. Two socio-medical approaches coexisted during much of the lifespan of the WHO.

One was biomedically and technically focused, illustrated by the malaria eradication campaign launched by the World Health Organization in the 1950s. The other was the approach embodied in the Alma-Ata Declaration of 1978 supported by WHO and UNICEF, which prioritized a broad prevention perspective on public health in a social context and used as a tool of social reform.

The WHO’s twists and turns were in part the result of internal gyrations along a path marked by the changing fortunes of the two perspectives, neither of which achieved complete dominance.

The Alma-Ata perspective presumes that large changes in health require large social transformations and views health as an essential right of citizenship and one of the fundamental duties of nation states. The other perspective emphasizes technologically driven health interventions and programs organized around disease control and, in the rare case, eradication. In this perspective, public health is validated as a tool for economic productivity and national security, in contrast to the Alma-Ata perspective, which links public health to the goals of solidarity and equity.

A few WHO programs, such as smallpox eradication and the Global Program on AIDS, successfully blended the two perspectives, but the WHO’s major programs have tended to reflect one agenda or the other.

The WHO was created when the influence of European social medicine, at its peak in the 1930s, was still strong. This broad vision was incorporated into the Preamble to the 1948 WHO Constitution but was downplayed in the eradication initiatives of the 1950s and 1960s that reflected the rise to dominance of the biomedical view, which glorified technical interventions as the answer to all health problems.

The social medicine perspective was revived in 1978 with the Declaration of Alma-Ata and the launching of the Primary Health Care movement. In the 1980s the Global AIDS Program asserted a close link between public health, social reform, and human rights. In the early twenty-first century, the WHO-appointed Commission on Social Determinants of Health advocated interventions to end unjust social relations and political realities that lead to poor health and massive health disparities.

The technically focused perspective was hegemonic in the disease-control and eradication campaigns of the 1950s and 1960s, the population control and family-planning programs of the 1970s, and the Selective Primary Health Care interventions of the 1980s. Supporters of this perspective portray disease and poverty as “natural” conditions that new technologies, good administration, charitable funding, and intelligently cost-effective programs can control. Advocates of this perspective criticize advocates of the other for being too idealistic and for asking public health workers to solve problems beyond their reach, such as poverty and seemingly unbridgeable gaps between the rich and the poor.

A new context and the vicissitudes of WHO

The WHO’s ambivalent and shifting embrace of the social-medical and technocratic perspectives has shaped the organization internally but has also influenced its ability to deal with dramatically changing external realities.

In the late twentieth century, the agency had difficulty adapting to global geo-political changes and began to lose control of its budget. It simultaneously lost authority in the international arena and was trapped by the growing weight of bureaucratic procedures. It also had to contend with the new reality of “economic globalization” with links to neoliberal politics. This new political-economic context was dramatically different from what prevailed during the early years when WHO operated with nation states confident in UN agencies.

Another important external change that came in the wake of the AIDS epidemic was a dramatic increase in health activism. As it was built to deal with governments, the WHO lacked the flexibility to deal with civil society organizations.

Then with the turn of the twenty-first century, the proliferation of non-state actors, the relative disempowerment of nation states, and the growing hegemony of global caretaker organizations like the World Bank, the International Monetary Fund, the World Trade Organization, and new transnational philanthropies (like the Gates Foundation) have compromised the UN system as a whole.

The Future of WHO

The future viability of the WHO is an open question, a question that must be responded to by analysing its past. The complex past of the WHO indicates the pertinence of recovering the beliefs that any individual in the world has the right to physical and mental health, that governments have an obligation to provide health, and that free and open multilateral cooperation between nations is imperative.

Available on the following websites: