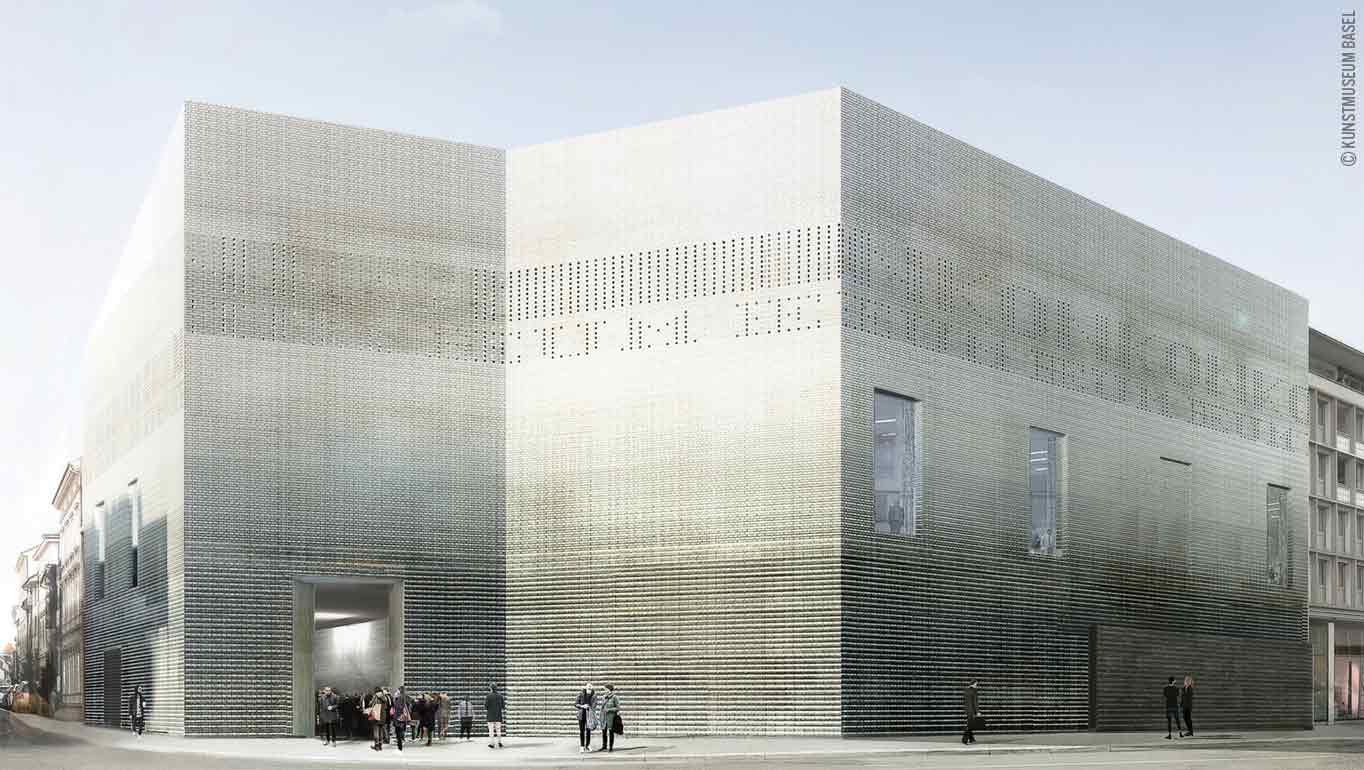 After arriving in Basel Central Station, less than three hours from Geneva, a short tram ride to the “Bankverein” stop on the number 2 tram line will take you to the steps of one of the most extensive art museums in Switzerland, the Basel Kunstmuseum. Located on the banks of the Rhine, with a focus on art works from the Upper Rhine region between 1400 to 1600 and art of the nineteenth through twenty-first centuries, the Kunstmuseum is the world’s oldest museum owned by a municipality and open to the public. The fact that this museum includes an impressive and varied collection encompassing more than 300,000 pieces of art spanning eight centuries makes it a must-see when in Switzerland.

Established in 1661 with the City of Basel’s acquisition of the “Amberbach Cabinet,” an art collection providing a window into art in the western parts of Europe during the fifteenth and sixteenth centuries, the museum is split amongst three buildings. The Hauptbau, built in the neoclassical style in 1936, houses, in addition to this famous collection, books, manuscripts, coins and objects of ethnology covering the medieval period through to the 1950s. An important moment in the Hauptbau’s history was the 1939 acquisition of German art deemed degenerate by the Nazi regime. It is here visitors can admire the works of Albrecht Dürer, Urs Graf, Hans Holbein, Claude Monet, Vincent van Gogh and Pablo Picasso.

Across the street and connected by an underground tunnel is the Neubau. Opened in 2016, this modern building embodies the architectonic idiom of its older sibling, the Hauptbau, housing collections post-1950s as well as providing a space for special exhibitions. Collections in the Neubau include Andy Warhol, Clyfford Still, Jackson Pollock, and a gamut of artists relating to the abstract expressionist and minimalist movements. Of special note is the permanent exhibition on Joseph Beuys, a founder of the Fluxus art movement and the German Green Party. Beuys is known for conceptualizing the idea of social sculpture: his belief was that art can create social structures that can ultimately change political systems.

The third building of the Basel Kunstmuseum is the Gegenwart. This translates as ‘the present,’ a hint to the contemporary art housed in this part of the museum. Opened in 1980, the Gegenwart was the first art museum solely dedicated to contemporary art from the twenty-first century, including an inviting space where artists and the public can interact through presentations, talks, debates, and interviews.

Although the expansive collection of art in the permanent exhibitions is enticing enough to visit the Basel Kunstmuseum, there are numerous special exhibitions planned in the coming months.

A current exhibition on display at the Neubau is about the minimalist artist Brice Marden. The exhibition, on display until 28 August, will show previoulsy unshared works of Marden, including drawings, paintings and unrealized architectural designs, all unveiled under the theme of exploring the connection between Marden and the City of Basel.

At the Gegenwart, the much anticipated exhibition by the New Zealand artist Ruth Buchanan entitled “Heute Nacht geträumt” opened in March and will displayed till 14 August. The exhibition will interact with the contemporary works housed in the entire museum’s collection through a lens of four questions: When does the present begin? Which story is shown? How does my body fit in here? Will I come back?

Opening days of the Basel Kunstmuseum are Tuesday through Sunday from 10:00 to 18:00, apart from Wednesday when the museum closes at 20:00. Tickets are available online, allowing the museum to control traffic and ensure visitors feel safe. Photos are permitted, but visitors are asked to turn off camera flashes. Many combine a visit to the Kunstmuseum with the nearby Beyeler Foundation.